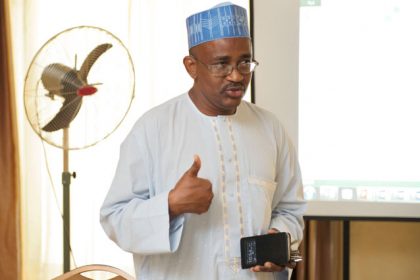 MNCH2 is proud to announce that Dr. Abba Umar, the National Team Leader of MNCH2 has been appointed the Honorable Commissioner of Health Jigawa State. Dr. Umar takes over 20 years of leadership experience in public health to his new role along with a strong connection and understanding to the challenges faced by Jigawa State, Northern Nigeria and the country at large on maternal health issues.

Prior to joining the MNCH2 programme Dr. Umar Abba was the Head of DFID’s Northern Nigeria, Chief of Party of the USAID Malaria Action Programme for States and was the Team Leader of the EU funded of the EU-funded Partnership to Reinforce Immunisation Efficiency (PRIME).

Originally from Jigawa, Dr. Umar previously worked within the Jigawa State Ministry of Health, served as the CEO of the Primary Health Care and Disease Control Agency (an autonomous parastatal under the Jigawa State MoH), as well as being a member of a team of experts who developed the Nigerian Strategic Health Development Plan 2009-2013.

Dr. Umar was appointed the Honourable Commissioner of Health, Jigawa State and he left Palladium on September 30th, 2015. We wish him the very best of this important assignment.